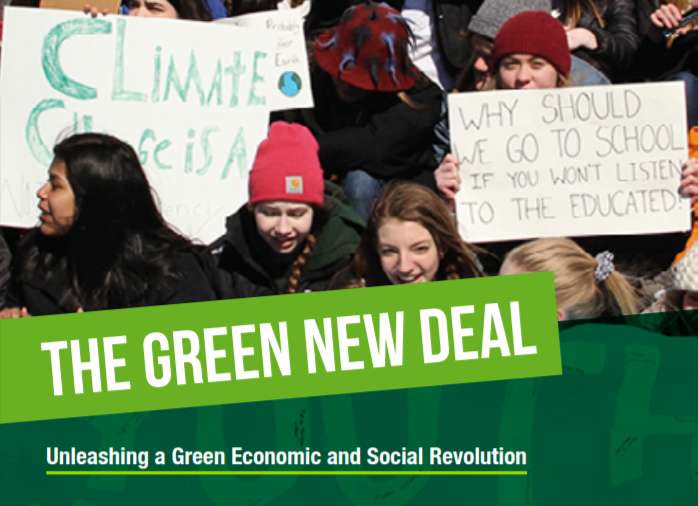 Did you know that we can live in a society that is not dependant on gas, oil or coal and that we can move our economy away from our harmful dependence on carbon at the scale and speed demanded by science?

Did you know that we can live in a society where we do not destroy biodiversity?

Did you know that we can build a society lives within its ecological limits while attempting to reverse the global social and economic imbalance that exists now?

In Spain, the closure of coalmines is being accompanied with an offer to miners to retrain. This will also include an environmental restoration of mining areas for green industries.

Do we want to be part of this sustainability revolution? Unless we act now, people living in the global south will continue to suffer great hardships, such as extreme weather, food shortages, crime and conflict, and then these people will probably in desperation, emigrate to the global north. Who can blame them?

A transformative programme will ensure that everywhere on Earth is habitable. No doubt you will have heard of Greta Thunberg, who has initially inspired many children (and adults) to demand that action is taken to stop the climate emergency. Let us hope that these ideals will materialise when the Green New Deal bill is debated and passed in parliament. This will take us towards the goal of net-zero emissions. The chair of the Committee on Climate Change, Lord Deben, has said that the sooner we do this, the better it will be.

More information on the Green New Deal can be found in the party manifesto.