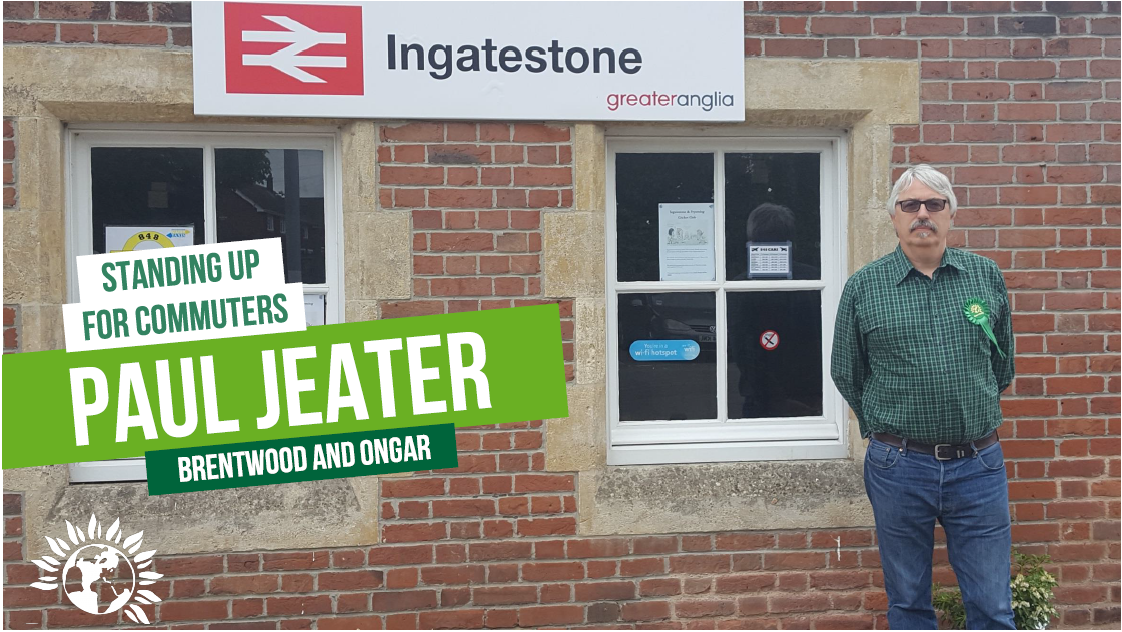 Paul Jeater has been selected as the Green Party candidate  by Brentwood and Chelmsford Green Party for the forthcoming general election to be held on June 8th 2017.

Paul is Chair of the Brentwood & Chelmsford Green Party and is also the Coordinator of Eastern Region Green Party. 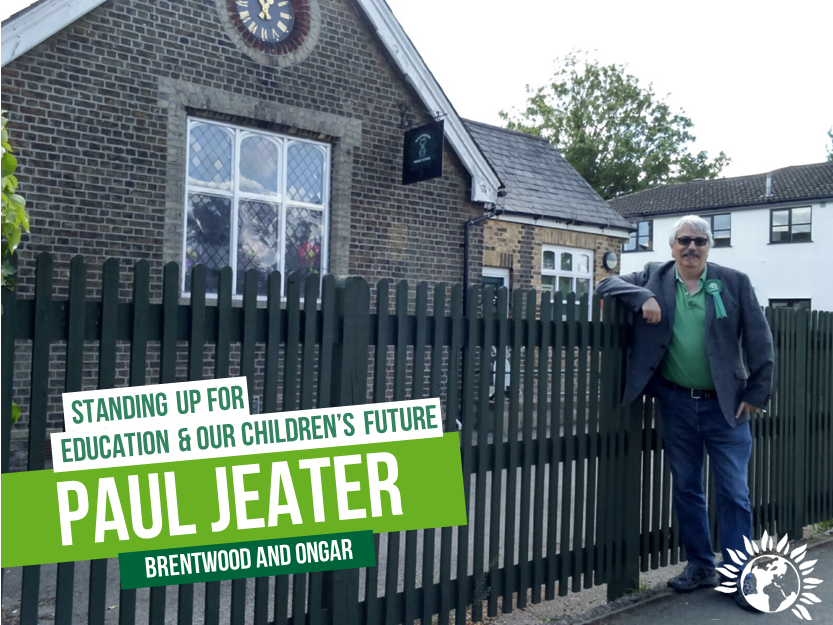 Paul has lived in the borough of Brentwood since 1991. He worked as a teacher at Brentwood Ursuline High School for 20 years.  A resident of Ingatestone, he is closely associated with a number of community organisations within the parish of Ingatestone & Fryerning. 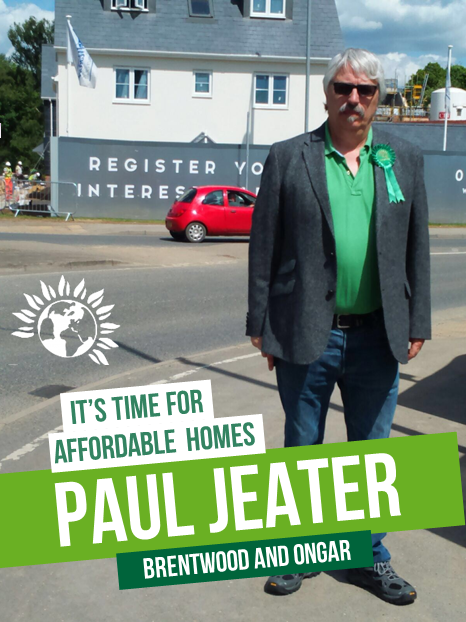 On hearing that he had been selected Paul said:

We are the sixth richest country in the world yet our schools are underfunded, our health service is crumbling and we fail to build homes that are affordable to many who need them. Young people have been let down, students are saddled with huge debts and real jobs are being replaced by zero-hour contracts. We can and must do better. Extreme Brexit threatens our future. Whether it's a bad deal or no deal, the public should make the final decision, but when Brexit is done and dusted we will still have to deal with the greatest threat we are facing - Climate Change. Only the Green Party puts the threat to our planet at the centre of its policies. The Green Party offers an economy that works for the majority, not the privileged few, a Britain that's open to the world and protects our precious environment.

On June 8th Vote for the Real Alternative - Vote Green. 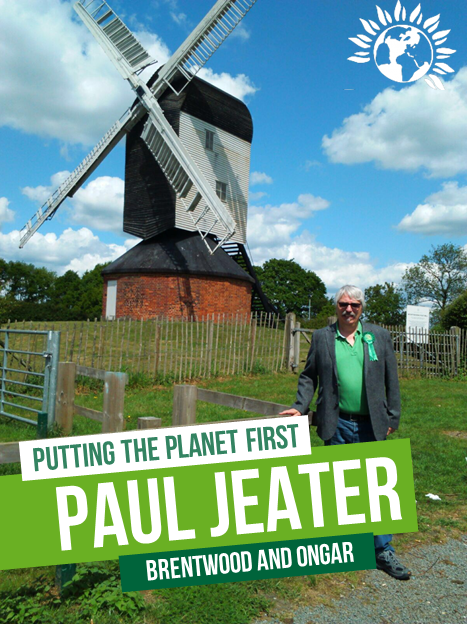